The container port in Piraeus is being expanded with the support of some Chinese investment.  We saw some new container cranes arriving the other morning.  There must be a lot of something below the part we can see - you would expect a ship loaded like that to tip over.
Today's early morning view over the Saronic Gulf revealed 15 ships and 2 small fishing boats, but the day the cranes arrived they were out there all by themselves.
What do you reckon this is? 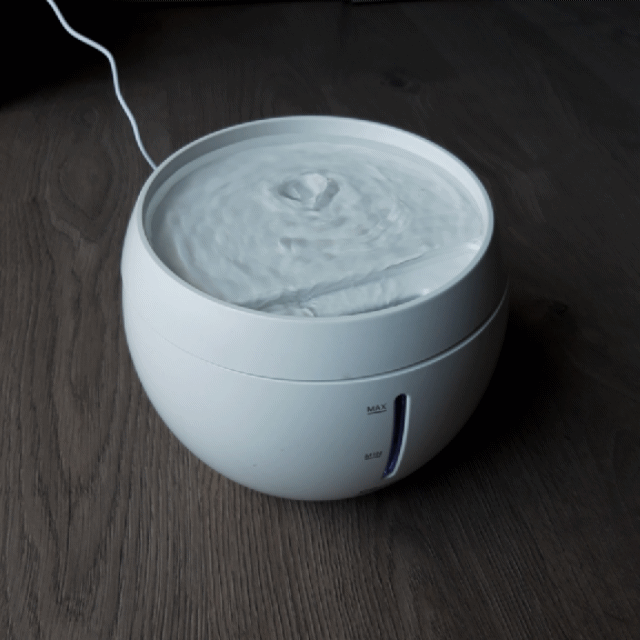 The box is printed up in about 16 European languages, but a tiny barcode label on the bottom says "Made in PRC".  In another sense of the term, a Chinese investment.  Despite the display of linguistic variation nothing even remotely resembling Chinese text appears anywhere on the box.  Maybe only Westerners buy water fountains for their pets.
Yes, that is apparently what this is, a drinking fountains for cats.  I simply couldn't have cared less when F showed me.  A chip in the floor veneer was more interesting.  Maybe it will contribute a little to air cooling in the apartment.
I guess in the scheme of things it is daft blighters like F, buying largely pointless consumer items like this one that both motivate and enable the Chinese economy to support investment in things like container port expansion in Piraeus.
Boats Observations on Humans Possessions