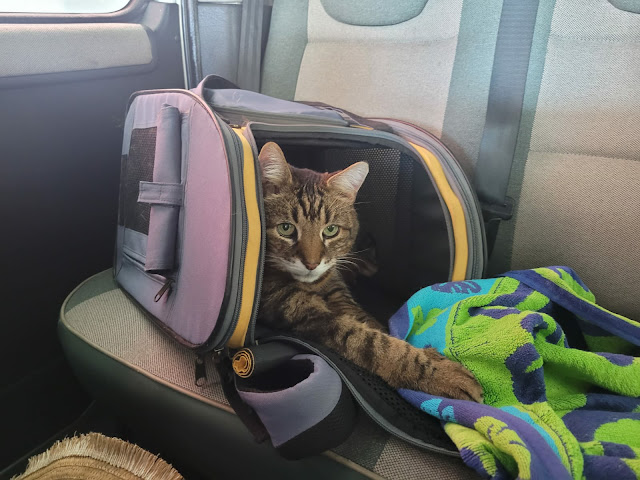 Going somwhere.
That beach towel should have been a clue, but it has been used at the office for the last few months to keep my fur off the chair i used to get up onto the desk, and it was doing dual service protecting the van seat.
Even I get fed up with my cast-off fur after a while. I make a big show of shifting my preferred sleeping place so F cleans the loose fur off the old place.  So it wasn't such an obvious clue really
We went on a ferry. (That's old hat stuff; I want to go on an aeroplane now.)
Then we ended up here. Yup, you guessed, it IS a beach. 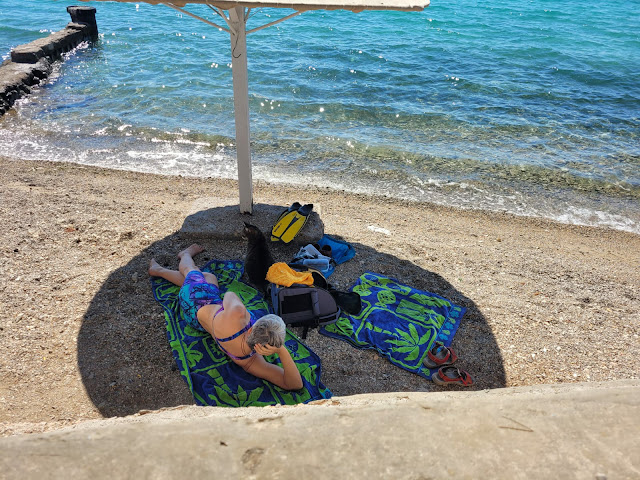 I might quite like a beach if it wasn't for K9s. I could even put up with the proximity of water. It doesn't try to sneak up on you here. And it's nice of someone to build us an umbrella for shade.
It was also a clean beach with picnic tables and rubbish bins, and trees for more and better shade.
However in my limited experience of them, beaches also seem to come with their own compliment of stray or scrounging K9s.  This beach had 2.  Fortunately they stayed well away from me, but they decided to sleep in the shade of my van and I felt they were stealing from me. So I had to keep a careful lookout and I was making a record so I could send them a bill. 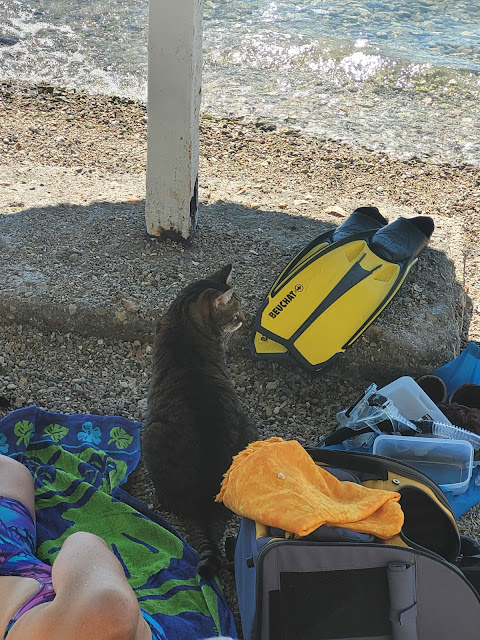 Those yellow things go on human feet for when they go to the water. Unlike snow shoes they don't seem to help the humans to walk on the surface so I don't see the point of them.
a day in the life ... Beach