To Treno / The Train

Diakopto is a smallish town on the southern shores of the Gulf of Korinth (or Corinth if you prefer).

It might even be called Diakofto in English.  Who cares - I don't speak English or Greek and F has to translate this from 'cat'.

A three carriage train makes three return trips a day from sea level Diakopta to Kalavryta (altitude 758m) over a narrow gauge track 22 kilometres (13.7miles) long.  It takes about an hour each way.

Steep bits of the track have got a third 'rail' in the middle with teeth on it and the train quite simply CLIMBS up those bits of track by driving a cog mechanism on the teeth.

It uses the same teeth for brakes coming down.

'Rack Railway' is what it says on the station sign (to someone with only a basic grasp of Greek the Greek version looks more like a sign for a dentist....)

We went on the train.  Of course we did.  That is what we were there for.

Trains are good.  I have already established that.  This one had imposing views which I studied with interest for about half of the journey (much to the amusement of fellow passengers).  However, after a while I had seen about as much of rock face, forest, rushing water, precipitous drops, water-worn cave features, and tunnels as I needed for one day and opted for a nap. 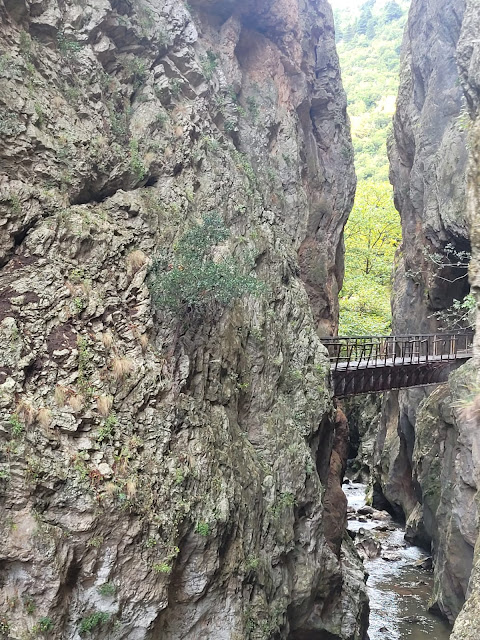 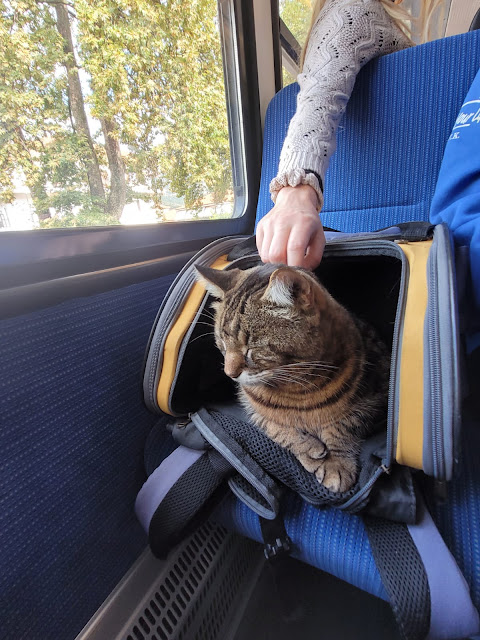 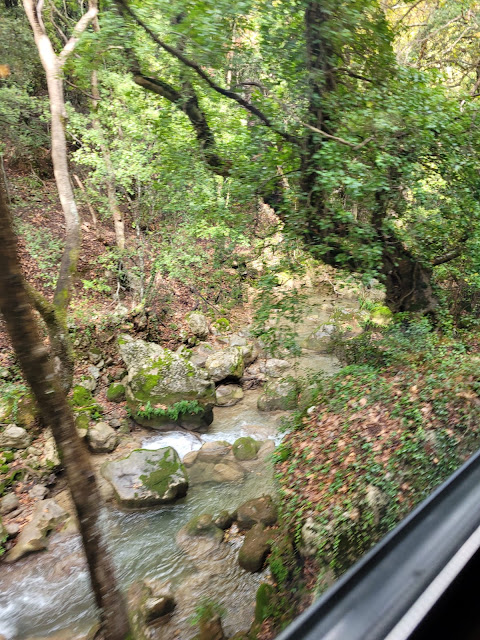 Near the top the train stopped and about half the passengers got out.  It was then that we discovered the fold down seats in the doorway; seats that enjoyed the view through door length windows that went all the way to the floor.  For my humans, for the last leg of the trip, it was an improved view of precipitous drops and rushing water, but the photos taken from a moving train only focused properly if they pointed their cameras at things in the distance.

So, there are lots of photos of water-worn cave features on distant canyon walls.  If these are suggestive of the state of the geology around here the mountains must be like honey comb (more holes than substance) - calciferous stuff eaten away by acidic water over millions of years, lots of stalactites and stalagmite formations in lots of interesting but as yet undiscovered caverns. 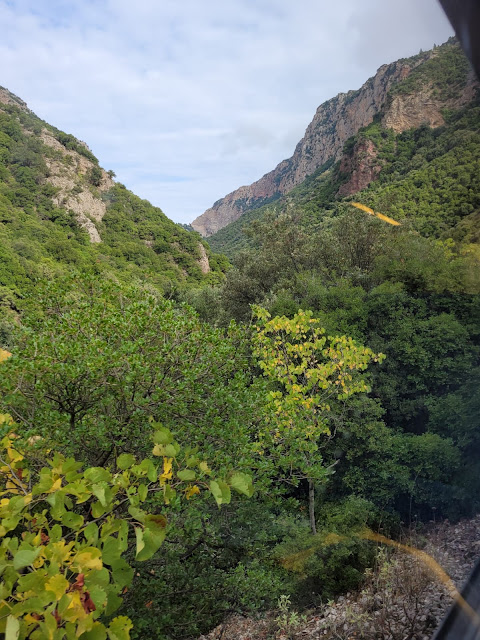 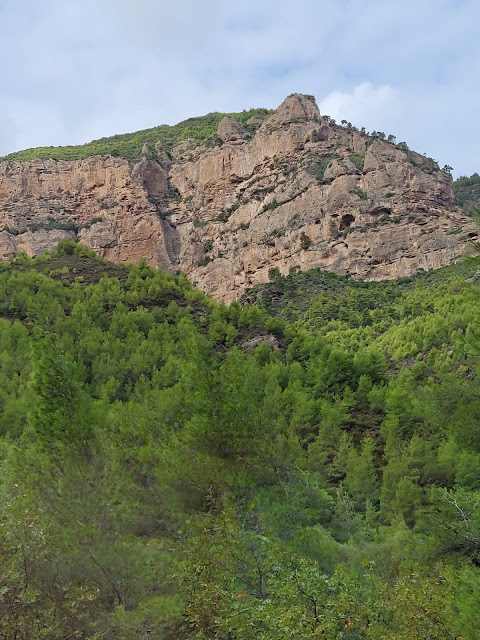 Side note: Greece seems to have lots of such caverns discovered and available for public viewing. (My humans went into one in Kastoria last year, (posted here) and are contemplating doing a 'cave tour' of some of the others just to have things to look at other than, or in addition to, wineries.)  Watch this space.

Kalavryta is one of Greece's top ski resort places.  It says so on the pamphlet that came with the train tickets (and in several languages just in case you didn't get it in the first one).  We didn't stay long enough to explore because the train we wanted to come down in was booked up and we had to be on an earlier one - as in: the returning train we went up on.  There was just time for us to change ends (like a football match at half time), and we were off again down the mountain.  However we saw lots of big modern houses, farmland, gardens (bean stalks, cabbages, huge pumpkins), fruit and olive trees, forestry all over the mountain sides, and a ski shop.

We saw people hiking in the forests, and some were even hiking on the train tracks - which made the driver sound the train siren thing quite a bit.  That made me sit up straight and look around!

Pictures of a former trains of this line: