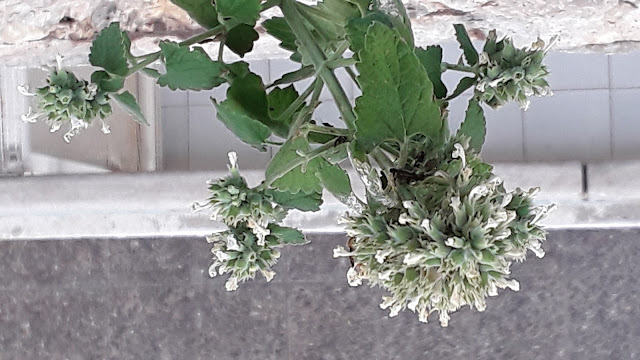 F cut back half the blood red Cape Daisy plant a couple of weeks ago. Something about the smell dragged me in and I spent ages rubbing my face in bits that remained hanging over the edge of the pot. F thought it funny and weird, and watched long enough to make sure I wasn't eating it.  Eat it? Why would I do that? I just felt compelled to rub my face in it.

At the same time F noticed a weed growing out of the pot but as there were insects circling its tiny white flowers she left it there; flowering outside the balcony rail. The Osteospermum (Dave Northsider taught us that name for Cape Daisies) didn't handle well having bits chopped back and this morning F had to clean up some crispy dead bits.  After she had finished I again felt the compulsion to climb into the pot with the plant.

Than all became clear.... it's the weed, WEED, WEEEEEEED YEAH!

I want to roll in it.  I want to dance iin it. I want to eat it all but I can't reach it outside the balcony railings. 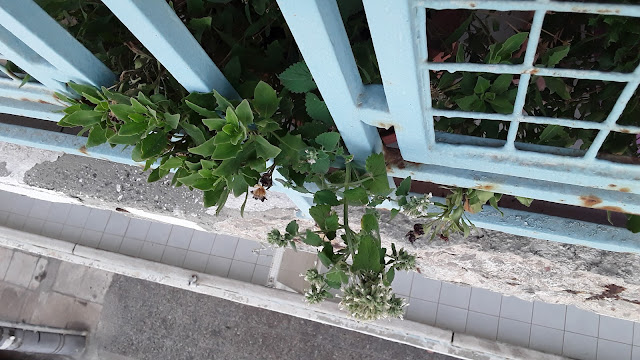