F owes Mr B a spa treatment and slap up meal. 1 for dragging him across a sun-bleached rock strewn Greek island hillside 'in search of...' and 2 for suggesting that her unresponsive phone needed go be turned off and turned on again to fix it. Of course it did. Turn it off turn it on fixes loads of stuff. However that piece of wisdom didn't arrive before a bottle of wine at the end of a full day of navigating by wet finger in the wind (naviguessing) - hence the straggle across the rock strewn hillside, through flocks of dangerous sheep, past terraced slopes of very old olive trees, before coming out on a road we could simply have driven down. 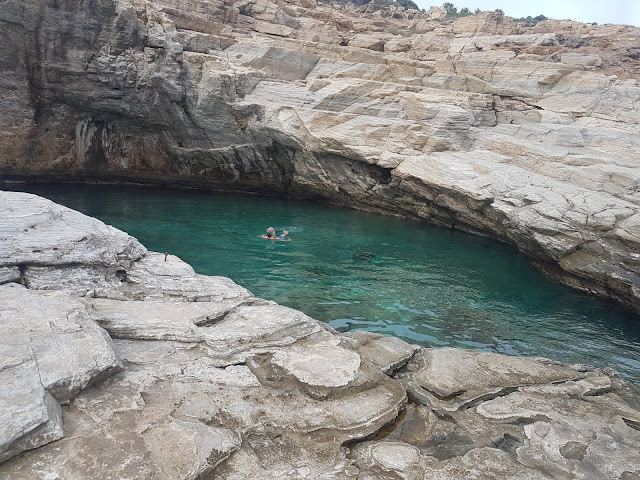 - more water.
I didn't have to walk a step, so I got lovely views of terraced olive groves 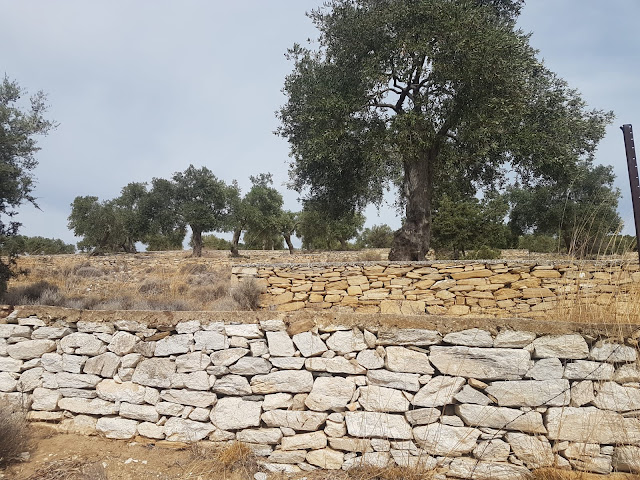 That looks like civilization. I assure you it wasn't. It was populated by dangerous bell-ringing sheep, and not a building or road or footpath for miles.

Even after we stumbled out of the wilderness onto the REAL road Mr B's pain wasn't over. He disappeared up the road and came back later with the van. Then we (figurative 'we') walked down a steep dirt track, over more rocks, down a cliff.... then there was water.

Of course there was.

It is a pool like a sinkhole right beside the sea, filled by the sea slopping in from time to time.  Very clear water (and then I refused to look). 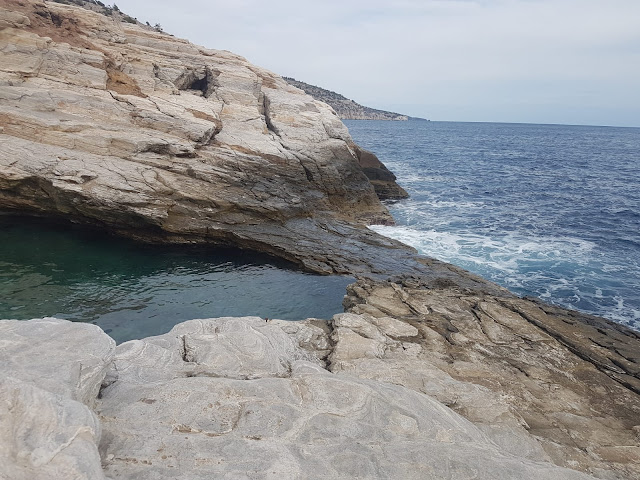 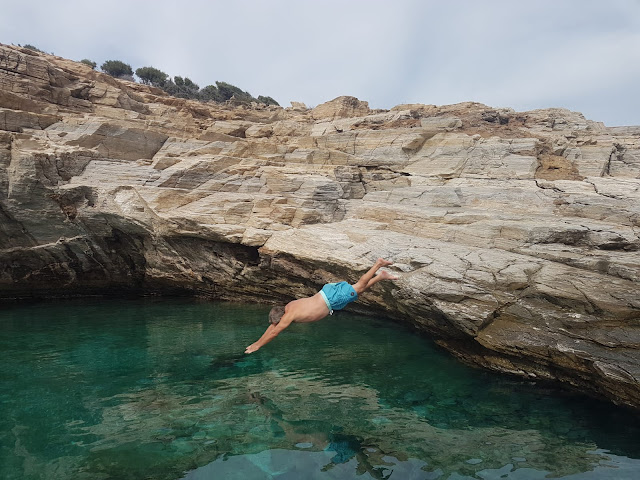 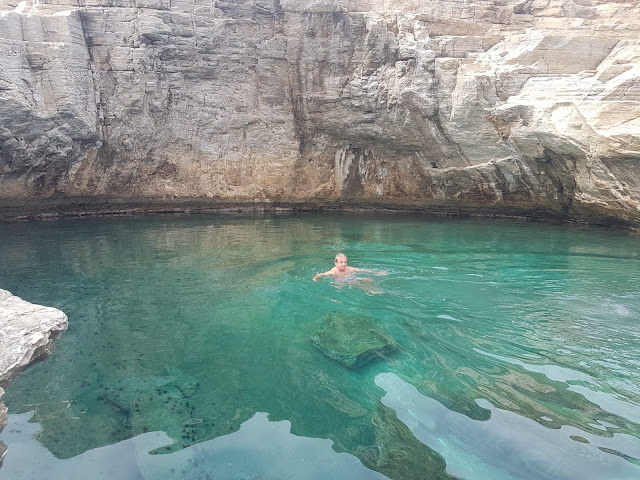 F made noises about the octopus that clambered out as she was preparing to jump in. There was an octopus/F encounter as it reached out from under its ledge to make the scary human go away.  It had been heading over the rocks towards the open sea when her arrival interrupted its plans. 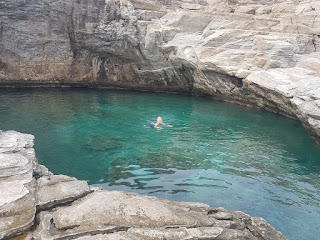 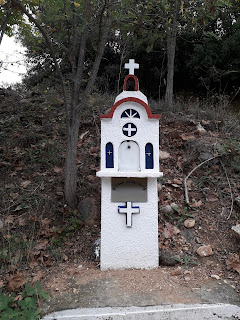 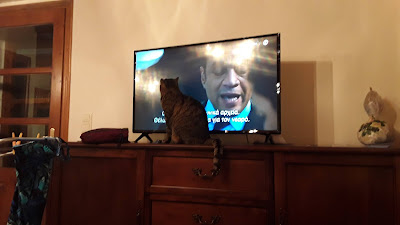