Six pots of three different kinds of basil are dotted about our balcony. In Greece basil is more of a religious symbol than a culinary herb, but that doesn't stop F from using ours in her food. 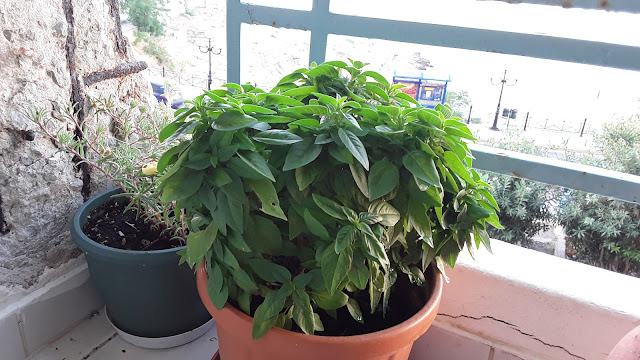 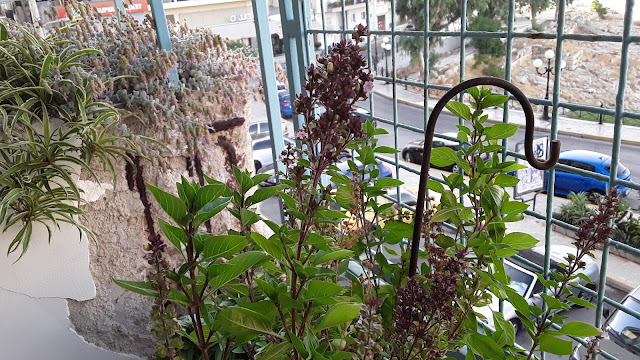 It smells kind of peppery. Its discarded leaves give the dust angels a distinct scent when F sweeps the balcony in the mornings. 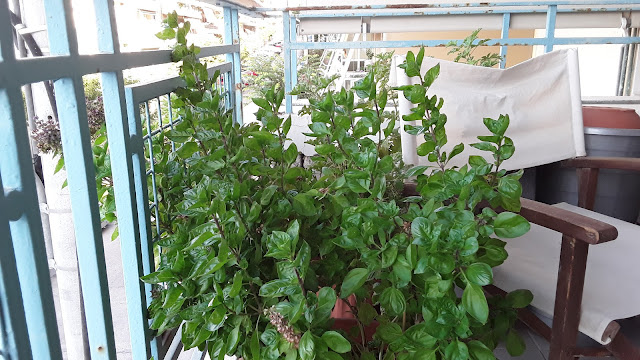 It is reputed to keep mosquitoes away. Reputed. Good sales pitch, especially here. It doesn't work, but hey it smells nicer than some of the chemical attempts at repelling mozzies. 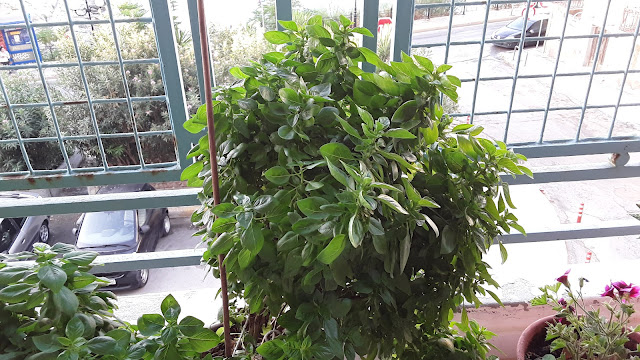 Basil is the Greek word for king. I get called The King quite a bit by various fans. That puzzled F for a while. I bear no resemblance to Elvis (I knew a cat called Elvis once, and I definitely don't look like him; in fact he was a lot like Cousin Byron.).

(NB - someone explained to F that children here get referred to as The King or The Queen, and apparently calling me that is like saying I'm F's baby. Grrrrrr.  I'm F's boss, employer, finder of lost things, loser of things that can be batted about.... killer of mice, Donkey driver and general companion. No baby me.)