We woke up to high overcast both days this weekend and it definitely knocked the edge off the high temperatures. It's still hot but a breeze came up on Sunday afternoon and we almost surfed on it we were so happy.

Monday is a holiday here and to make the point (that it is not a work day) F is going to Salamina to join the name day celebration of a friend's husband. They are the parents of the cat-torturer. I'm not going. It's not the cat-torturer (he has grown up a year and learned stuff about cats), but lots of other people are also going to be there celebrating so F told me to stay at home

There is going to be a barbeque.

I bet they have chicken. 😾

F has made a pavlova and a zucchini cake for the party.

This week F has been visiting cousin Byron. His humans are on holiday.

Cousin Byron is only a distant cousin (his stripes go up and down instead of round and round). 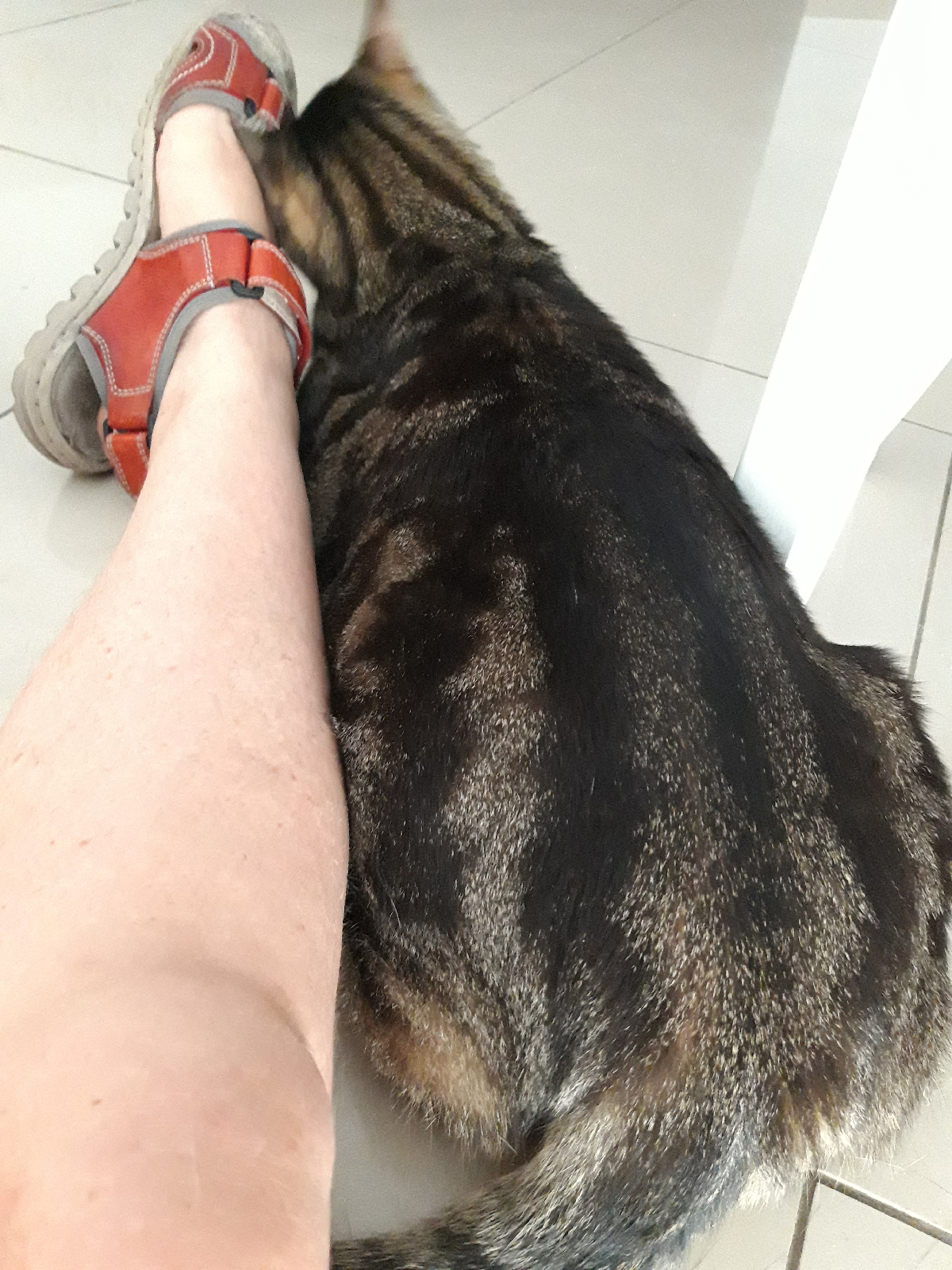 I suppose I should feel sorry for Cousin Byron, he doesn't get to go on holiday with his humans.

Maybe I'm not a very generous cat but I'm not keen on sharing my humans with other cats.

Lord Byron was a Friend of the Hellens. F has met people here who can recite his poetry - she can't.
a day in the life ... Cat Stuff