Morning air full of the heady scent of jasmine is a nice way to start the day. It might not however have been jasmine. F had discovered frangipani.

We breathed deeply of that for a while. Jasmine also abounds but frangipani fills every place with its scent.  Even fresh bread from the bakery doesn't compete. 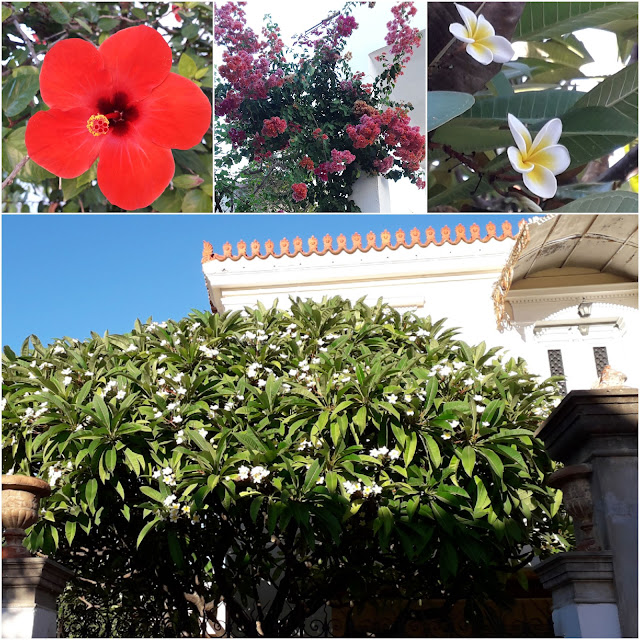 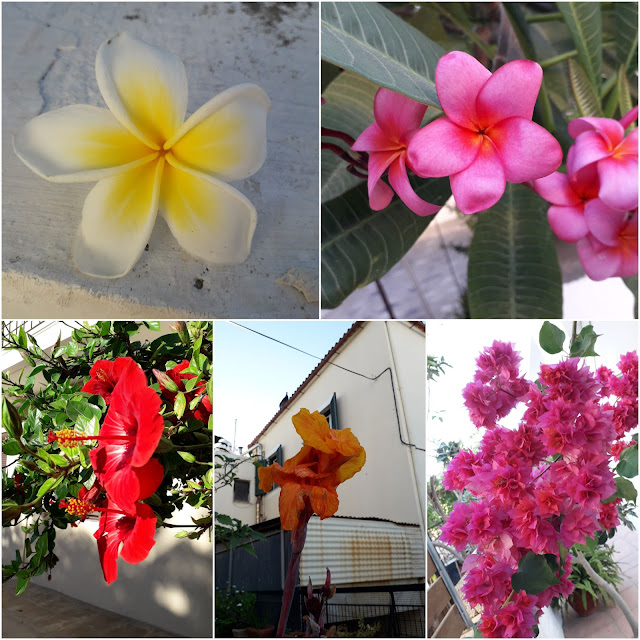 After photographing a few flowers in our new tropical paradise, we made an arrangement to meet Aunty Panagiota and travel through Therissos Gorge to the village at the top where the humans had a snack and some coffee (cafe latte with non-dairy whitener is not really latte is it? I refused to lick the froth. F wasn't surprised I declined, she said it didn't cut mustard - whatever that means).  We suspect Aunty-P of stalking us. She only arrived home on Thursday from a summer spent in Crete and was on the same ferry as us going back.

The gorge was shady and cool, and full of quadrupeds with bells, and interesting tree roots. 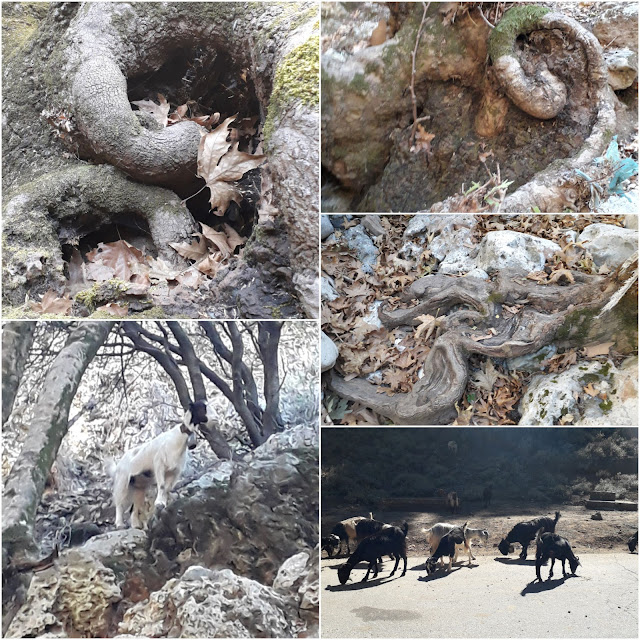 Theriso, the village at the top, is associated with lots of rebellions against the governing Ottoman Turks in the 19th century.

There was no road up the gorge in those days - just another mule track.  These days the road is so well developed that tourists ride up on Noddy Trains. Two arrived while we were there and we ended up behind them on the way back down. 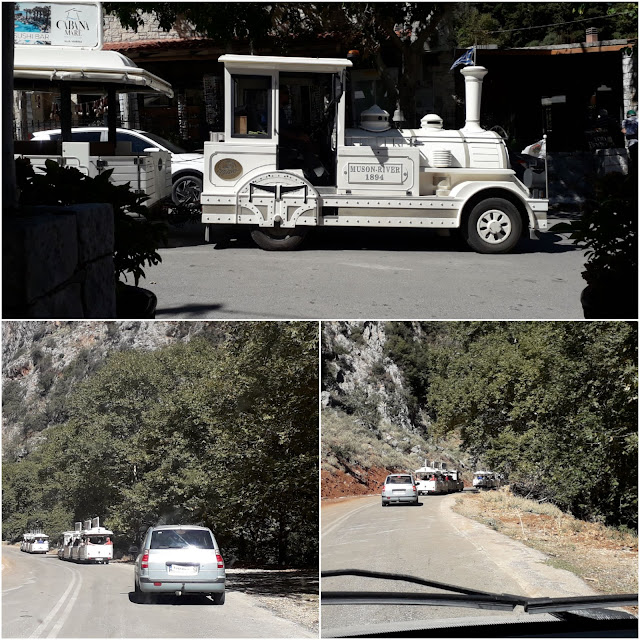 Back at our little studio I spent a couple of hours advising local felines to go away. F went in search of tail light bulbs for my van which turned out to be as close as the very local garagista just around the corner from our studio in a very villagy little outpost of Chania (Tambakaria), and after she and MrB had spent some time rigging a sun reflector over the van's black top box (where they had foolishly stowed the remnants of our wine collection... for holiday consumption....) they went off in search of a path to the sea......for a swim.....and came back smelling of salt and talking about fish soup. 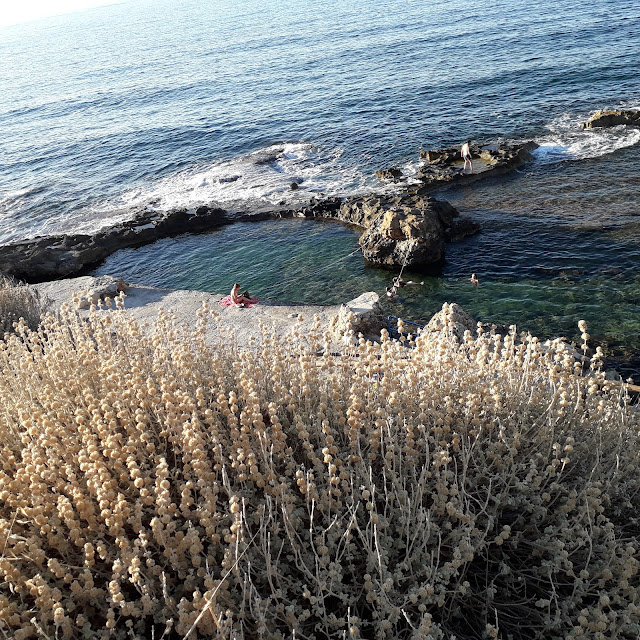 Fish soup turned out to be how they described squintillions of tiny fish in the swimming pool. I bet the fish were really narked about having to share their nursery pool with floundering humans.