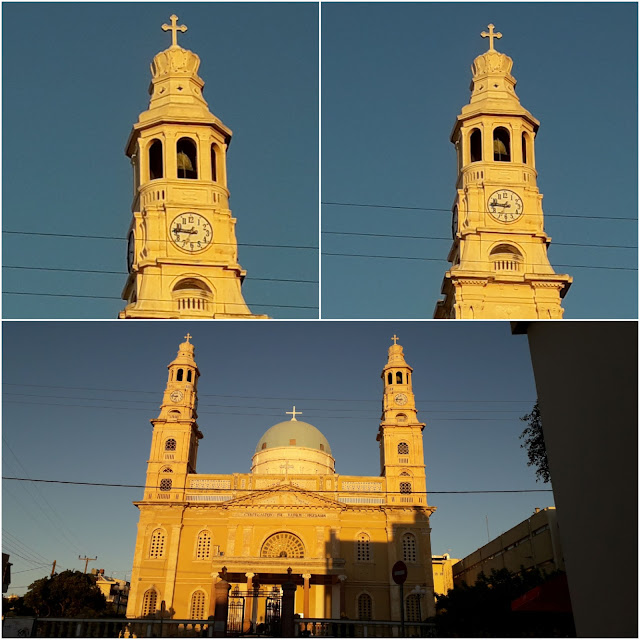 Packing consumed early morning. Why so much stuff? I am told that 50% of it is mine, which when you do comparative body weights (2 adult humans vs 1 mature cat) is too much.

Well they could throw my toothpaste away.

F is like her grandmother - she always packs food. We are not travelling to the polar extremes, nor are we crossing deserts.... but there is always food.  My food is important. Their food is just excessive.

By the way that church above, near our studio has crowns on top so we are assuming Venetian. The picture is to balance out the minaret on Sunday. More evidence of a mixed history. 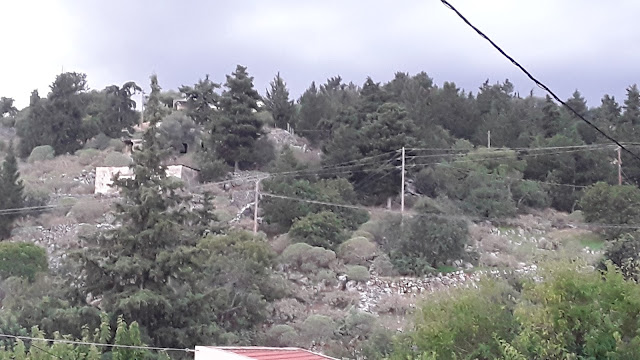 En route we stopped for coffee, and ended up eating eggs in staka (staka turned out to be cheese sauce).  I like staka. We had to explain to the nice salesman who had no idea how to describe staka to English speakers (despite his otherwise well translated menu), that we call it 'cheese sauce' (like you would bake around your macaroni). I think he was disappointed to discover that cheese sauce is known, made, and consumed outside of his village even if it is not called staka.

He kept insisting it was great on chips. I suspect even English people put cheese sauce on chips from time to time.

My brunch was somewhat disturbed by a view of geese. Geese are new to me. They are interesting but sound positively dangerous. 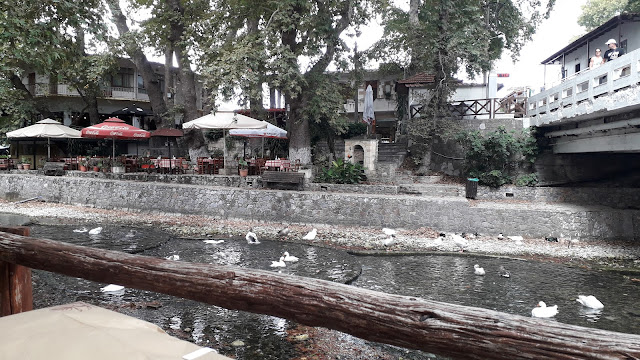 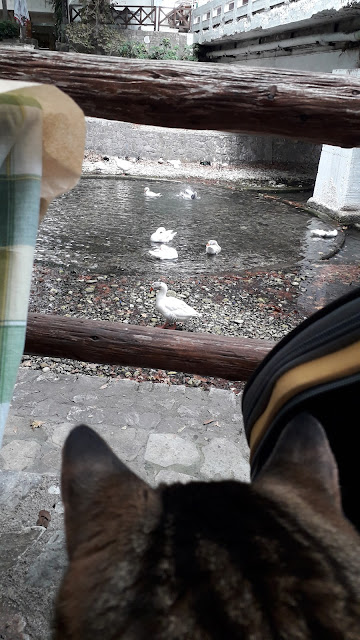 Our arrival in Vafes went unremarked; so much so that it took a full 2 hours to find someone alive/awake/moving who might know the whereabouts of the proprietor of the closed kafeneion from which we had been told to collect our house key at the prearranged time 2 hours ago.

Vafes is the perfect antidote to Chania Old Town. "Come to the kafe to pay when we open this evening." F has been there twice - all open, mobile phone on desk by door, not a soul in sight; a Marie Celeste of a kafe. F has wandered about in their kitchen, behind their counters, indoors, outdoors.... no one.

It is very quiet here in Vafes. 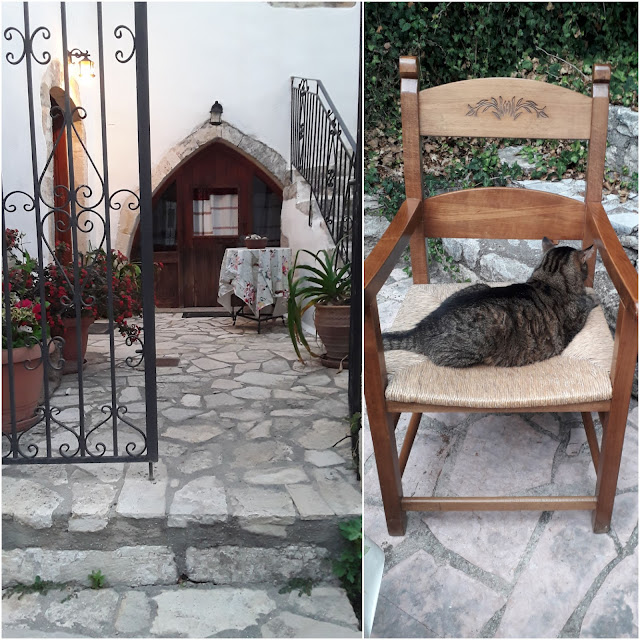 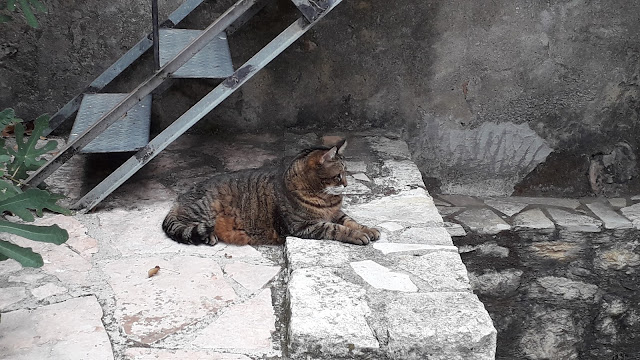 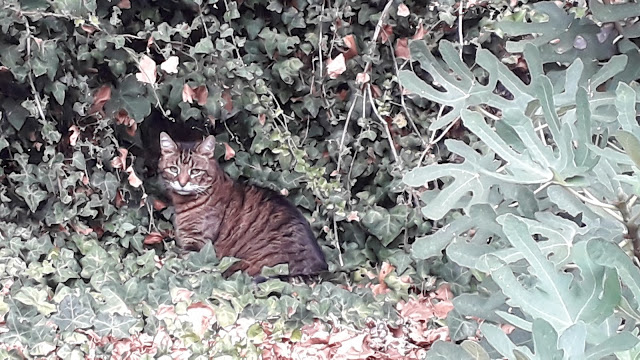