We have been saving these photos taken on our last day in Piraeus, one last gift from our garden and a little goodbye message from Smudge 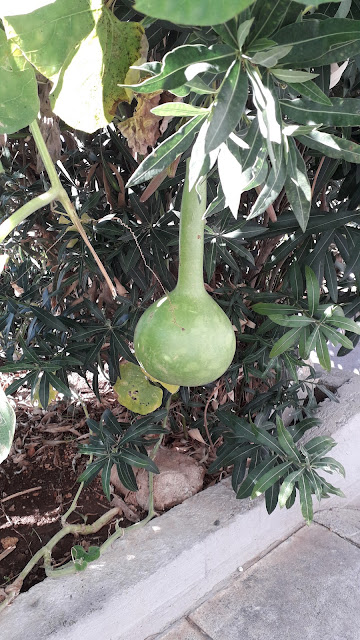 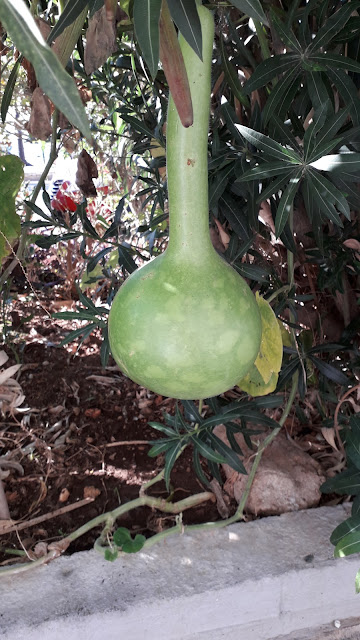 F had been watching a plant climb over an oleander - some sort of cucurbit with incredibly soft furry leaves and small yellow flowers. One day this bottle gourd just sort of appeared. Next day someone had cut it off and left it lying on the ground. It wasn't ripe enough to be useful. 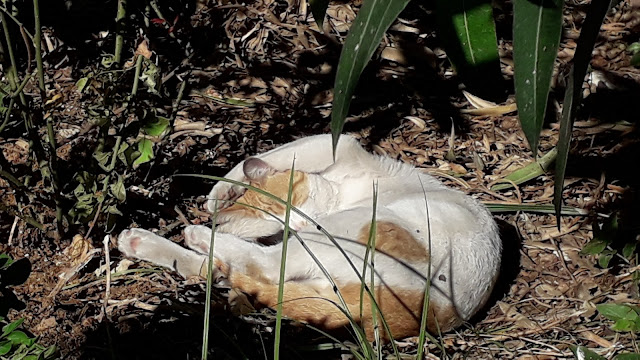 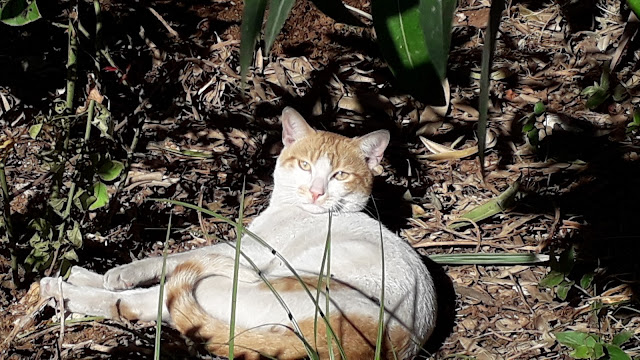 Smudge was about 15 months old at this stage. He still has another winter and spring to go before he will be a big grown up man cat. He was still wary of every other cat except Leftie. He and the Lefthanded cat had formed a strange alliance, mates in dispossesion. They were at the mercy of all the stray cats but they hung out together, shared food, and kept watch over each other. That is a very strange cooperation for unrelated cats. F misses them. These photos suggest he was finally beginning to trust F a bit. 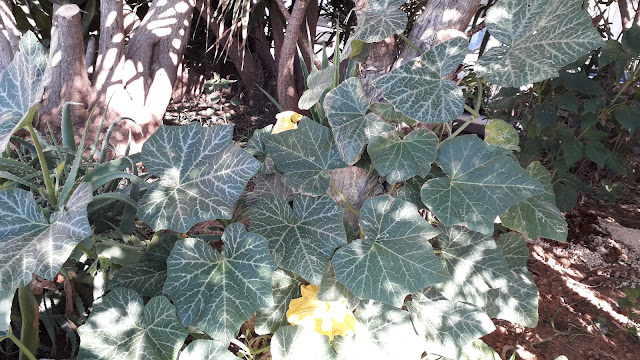 Maybe there was also a pumpkin after we departed.